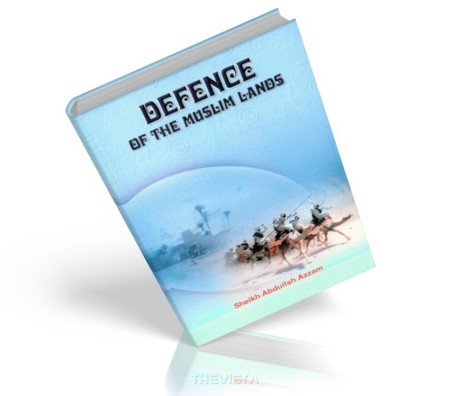 ‘Defence of the Muslim Lands’ has become a classical Islamic text studying the legal implications of when and under what conditions Jihad is permitted under the Shariah. Dr. Abdullah Azzam discusses many critical questions relating to the types of Jihad, the conditions under which Jihad becomes an obligation upon all Muslims, parents permission, fighting in the absence of the Islamic State and peace treaties with the enemy. This new edition contains over 150 footnotes and a ’scholars base’ which give brief details of each of the fifty or so scholars mentioned in the text.

Time Magazine described Shaykh Abdullah Azzam as the man who wasthe ‘ reviver of Jihad in the 20th Century’. Abdullah Yusuf Azzam was born in the village of Ass-ba’ah Al-Hartiyeh, province of Jineen in the occupied sacred land of Palestine in 1941 CE. He was brought up in a humble house where he was taught Islam, and was fed with the love of Allah, His Messenger (saw), those striving in the Way of Allah, the righteous people and the desire for the Hereafter. Sheikh Abdullah Azzam was one of the first Arabs to join the Afghan Jihad against the communist USSRIn 1979, when he learned about the Afghan Jihad, he left his teaching position at King Abdul-Aziz University in Jeddah, Saudi Arabia and went to Islamabad, Pakistan, in order to be able to participate in the Jihad. He was a fine example of Islamic manners, in his piety, his devotion to Allah and his modesty in all things. He would never adulate in his relations with others. Shaykh Azzam always listened to the youth, he was dignified and did not allow fear to have access to his brave heart. He practised continual fasting especially the alternate daily fasting routine of Prophet Dawud (as). He strongly counselled others to practice fasting on Mondays and Thursdays. The Shaykh was a man of uprightness, honesty and virtue, and was never heard to slander others or to talk unpleaasently about an individual Muslim. On 24 November 1989. The enemies of Allah planted three bombs on a road so narrow only a single car could travel on it. It was the road Shaykh Abdullah Azzam would use to drive to the Friday Prayer. That Friday, the Shaykh together with two of his own sons, Ibrahim and Muhammad, and with one of the sons of the late Shaykh Tameem Adnani drove along the road. The car stopped at the position of the first bomb, and the Sheikh alighted to walk the remainder of the way. The enemies, lying in wait, then exploded the bomb. A loud explosion and a great thundering were heard all over the city. People emerged from the mosque, and beheld a terrible scene. Only a small fragment of the car remained. The young son Ibrahim flew 100 metres into the air; the other two youths were thrown a similar distance away, and their remains were scattered among the trees and power lines. As for Shaykh Abdullah Azzam himself, his body was found resting against a wall, totally intact and not at all disfigured, except that some blood was seen issuing from his mouth. Sheikh Abdullah Azzam himself once said, ” Indeed Islamic history is not written except with the blood of the Shuhadaa’, except with the stories of the Shuhadaa’ and except with the examples of the Shuhadaa’. ” May Allah (swt) accept him amongst them. 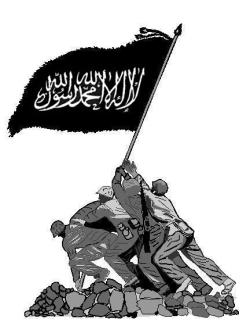