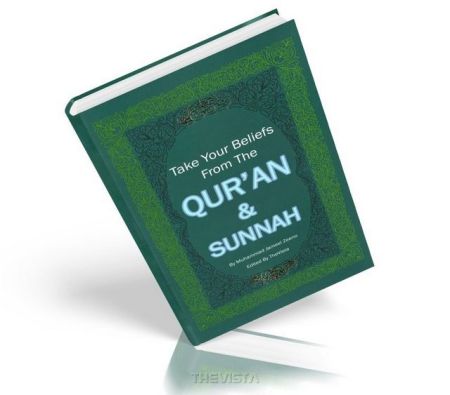 Verily, all praise is due to Allaah, we praise Him and we seek His Aid and we ask His Forgiveness and we seek refuge with Allaah from the wickedness of ourselves and the evil of our deeds. Whomsoever Allaah guides, there is none can misguide him and whomsoever Allaah sends astray, there is none can guide him. And I testify that none is worthy of worship except Allaah, Alone, without partners and I testify that Muhammad is His slave and His Messenger.

As for what follows, these are important questions in ‘aqeedah which I have answered along with the evidences from the Qur`aan and hadeeth, so that the reader may rest assured that the answers are correct, because the belief in tawheed is the foundation of mankind’s happiness in the life of this world and in the Hereafter.
This booklet was one of the first in Arabic which I read on the subject of Islaamic beliefs (‘Aqeedah) several years ago, while I was a student in the Arabic Language School of Madeenah Islaamic University in Saudi Arabia. I was so impressed by its simplicity and brevity, that I determined to try to translate it. I had almost reached the end of my task when someone informed me that it had already been translated into English. Therefore I left it, with the consolation of having had good practice at the work of translation. I did not think of that translation again until a copy of it was given to me here in Zayed Centre for New Muslims and I was informed that we were going to print it. Shortly after this, it was brought to my attention that the translation left something to be desired: Text had been added in places and edited in others, while proofs given by the writer, Muhammad Ibn Jameel Zainoo, from the Qur`aan and Sunnah had been replaced with other proofs (albeit also authentic). Because of this it was decided to re-translate the book, in an attempt to produce something truer to the original.

I ask Allaah, Most High that He accept this humble effort from me and makes it of benefit to the new Muslims and the English speaking Muslims and all those who seek truth and enlightenment – Aameen.

By Allaah, I ask that He makes this work of benefit to the Muslims and that He make it purely for His sake. END_OF_DOCUMENT_TOKEN_TO_BE_REPLACED

This is a concise book which contains forty authentic ahadîth from the fine sayings of the Chosen Prophet (salAllâhu ‘alaihi wa’sallam) which I gathered as a reminder for myself and my brothers. They contain guidance for cultivation of souls, purification of the hearts and refinement of character. I myself have added nothing except a few words to explain and clarify anything unclear, to provide chapter headings showing the connection between the ahadîth, and further brief notes. It will not be unknown to any of the people that the noble Religion of Islâm has given great importance, and directed full attention in many of the texts of the Book and the Sunnah, to building the personality of the Muslim and directing it in accordance with the essential teachings of Islâm and its fundamentals and requirements. END_OF_DOCUMENT_TOKEN_TO_BE_REPLACED