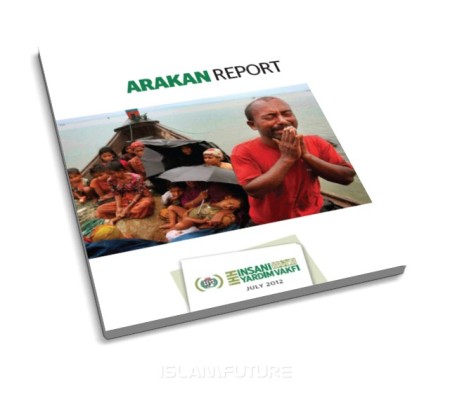 The Muslims of Burma have been facing such oppression and savagery for the past two months never previously witnessed in the history of mankind. Mercilessly burning children, women and men like toasting sheep on fire is not only against every known law but something no man with any conscious can ever accept but unfortunately the Muslims of Burma are targets of such a gross crime. Not only that, but they are also being expelled from their lands, forcefully ejected from their homes, their wealth is being usurped! and their honor looted while the whole world turns a blind eye to their plight.

This report elaborates on violence that broke out in Arakan in June 2012, the background of the violent incidents and rights violations against Arakanese Muslims. The objective of this report is to bring to the public opinion developments in the region, inform the Islamic world and international community, and urge decisionmaking bodies to take necessary steps to end escalating acts of violence in Arakan.

Incidents deemed humiliating to human dignity have been going on in Arakan for long years. Recent clashes have left more than 1,000 Muslims dead and over 90,000 Muslims homeless. Most of the Arakanese fleeing violence are seeking refuge in camps in neighboring Bangladesh. However, faced with unimaginably inhumane conditions at these camps Arakanese Muslims are losing hopes for a better future. Kala, a 75-year-old Arakanese refugee who has been in these camps for long years, describes refugees’ despair: “We are waiting for death that will relieve us of our suffering.” To make the matters more tragic, Bangladesh not only has been denying refugees that have been coming since June entry into the country but also returning those who arrived in the camps in the past years.

This report on the ongoing violence in Arakan has been prepared using interviews with refugees who fled Arakan and sought shelter in different countries, information provided by human rights organizations, and 14-year-long experience of IHH in the region.

Why is the world ignoring Myanmar’s Rohingya?
al Jazeera

Burma’s monks call for Muslim community to be shunned
Independent

Situation In Burma
The Unjust Media