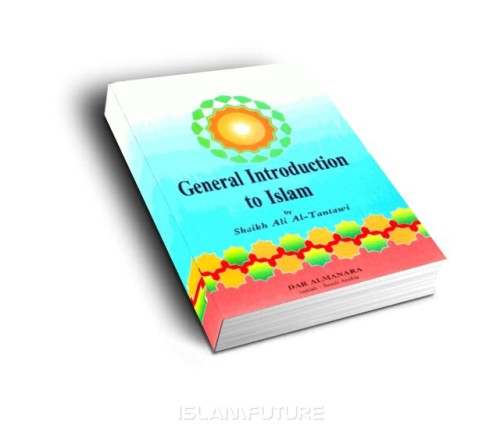 Sheikh Ali Al-Tantawi was born in Damascus, Syria in 1909. He is well-known all over the Muslim world – a recognized authority on Islamic sciences, and widely read in the modern culture. He is the author of over forty books. The present book is one of the best introductions to Islam. It has gone into more than twenty-five Arabic editions, and translated into several languages, such as English, French, Spanish, Portuguese, Indonesian, Bosnian etc. Describing the book, Sue Lake, from B.BC. in London, has said: “The anecdotal examples that Sheikh Tantawi gave clarified complicated concepts about Islam, particularly about the psychology of human beings, our weakness, our relationship with the cosmos, and therefore the need to follow the sharia in order to develop our inner faith and dependence on God, and therefore evolve in the best possible way during our short time on earth”. END_OF_DOCUMENT_TOKEN_TO_BE_REPLACED

This article is a translation of an essay by Shaykh Abū Qatādah ‘Umar Ibn Mahmūd Abū ‘Umar Al-Filastīnī, entitled “Hijrān Masājid Adh-Dhirār” (The Abandonment of Masājid Adh-Dhirār). Along with this essay, there were additions from an essay by Shaykh Abū Basīr ‘Abdul-Mun’im Mustafā Halīmah At-Tartūsī, entitled “Sifatu Masājid Dhirār Allatī Yajibu I’tizālahā”. Extra points and commentary by the translators were added to these two essays, and were prefaced by “Trans. Note:”. This topic was chosen due to the complete lack of discussion about it in English material, and an almost total lack in Arabic material. Along with this, many of the readers in the West may be in need of this information, due to the lack of Masjids in the West, alongside the many known problems that are present in many of these Masjids, such as being lead by misguided groups, having Imāms employed that are from the people of Bid’ah, being built with money from usury, being built by governments that are not Muslim, etc. Some other topics relating to areas in which Salāt is allowed and not allowed have also been discussed briefly in this article in order to add extra benefit for the readers.

And as for those who put up a Mosque by way of harming and disbelief, and to disunite the Believers, and as an outpost for those who warred against Allāh and His Messenger (Muhammad) aforetime, and they will indeed swear that their intention is nothing but good. And Allāh bears witness that they are certainly liars. Never stand you therein. Verily, the Mosque whose foundation was laid from the first day on piety is more worthy that you stand therein (to pray). In it are men who love to clean and to purify themselves. And Allāh loves those who make themselves clean and pure. Is it then he, who laid the foundation of his building on piety to Allāh and (His Good) Pleasure, better, or he who laid the foundation of his building on an undetermined brink of a precipice ready to crumble down, so that it crumbled to pieces with him into the Fire of Hell. And Allāh guides not the people who are the Thālimīn (cruel, violent, proud, polytheist and wrong-doer). Their building which they built will never cease to be a cause of hypocrisy and doubt in their hearts, unless their hearts are cut to pieces. (i.e. till they die). And Allāh is All-Knowing, All- Wise. [At-Tawbah, 107-110] END_OF_DOCUMENT_TOKEN_TO_BE_REPLACED