In each of the daily prayer we offer, we solemnly declare to Allâh, “Iyyaka na’budu” (You alone do we worship). While the intelligent and committed believer realizes that his very lifestyle spells worship, he knows, remembering the words of our Prophet sallallaahu ‘alayhi wa sallam that “Du’aa’ (supplication) is worship” [Tirmidhi, Abu Dawûd] Allâh, the Most Merciful, has encouraged the believers to take advantage of certain times during the year to make du’aa’. Such an occasion presents itself annually during Ramadhân — especially on the Lailatul Qadr, the Night of Power. On this night, the single most important event in human history unfolded as, after the Glorious Qur’ân was preserved in the Protected Tablet, Jibril descended with the blessed book to reveal it, upon Allâh’s command, to His Messenger sallallaahu ‘alayhi wa sallam. Accentuating its significance, Allâh says “and how would you know (the value of the) Night of Qadr” [97:2]

“Allâh’s Messenger sallallaahu ‘alayhi wa sallam used to exert more (in worship) on the last ten than on other nights.” [Muslim]

Allâh subhanahu wa ta’ala describes the night as “..peace until the rise of the morn.” [97:5] In various sayings, the Prophet sallallaahu ‘alayhi wa sallam described the night as serene, tranquil, and peaceful. The sun at sunrise would appear reddish and without its normal blazing and sharp rays. Ubayy radiallaahu ‘anhu said : “On the morning of the night of Qadr the sun would rise without any beams; (it is like) a wash basin until it raises.” [Muslim]

Abu Hurairah radiallaahu ‘anhu said : “We mentioned the night of Qadr to the Messenger of Allaah (S) and he said: “Which of you remembers when the moon rises and it is like half a bowl.” [Muslim]

Ibn Abbaas radiallaahu ‘anhu said that the Messenger of Allaah (S) said : “The night of Qadr is a night of generosity and happiness, it is not hot and neither is it cold. The sun comes up in its morning weak, reddish.” [Tabaranee, Ibn Khuzaimah and Bazzaar]

The Prophet sallallaahu ‘alayhi wa sallam added that “the angel of earth on that night of Qadr will be more numerous than all the pebbles of the earth.” END_OF_DOCUMENT_TOKEN_TO_BE_REPLACED 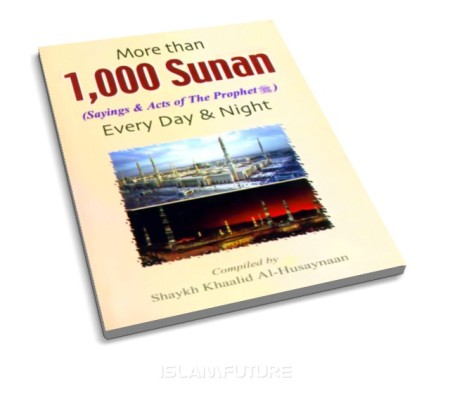 More than 1000 Sunan for Every Day & Night – Based on the Arabic Book ‘Akthar min alf Sunnah fee-al-yawm wa al-laylah’.

Is it not amazing that in the course of a normal day, many of us are capable of practicing more than 1,000 Sunan? Surely, in clinging to the Sunnah is safety and security, as Imaam Maalik said:

“The Sunnah is like the Ark of Noah-whoever embarks on it reaches salvation and whoever refuses is drowned.”

This short booklet contains statements and actions of the Prophet Muhammad (S) that are performed in a typical day – how many of these are part of our daily lives?

This work is the English-language translation of the Arabic booklet, More Than 1,000 Sunan Every Day & Night, complied by Shaykh Khaalid Husaynaan. He is a contemporary student of knowledge of our time who is preoccupied with reviving and following the Sunnah of Prophet Muhammad (S). END_OF_DOCUMENT_TOKEN_TO_BE_REPLACED 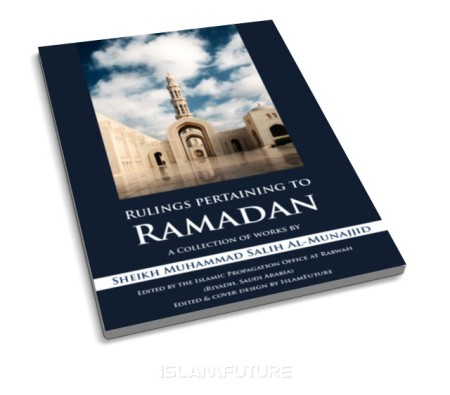 A compilation of five works dealing with fasting, Taraaweeh, I’tikaaf, Zakaat-ul-Fitr, and Eid.

Introduction 10
The Definition of Siyaam (Fasting) 13
Ruling on Fasting 13
The Virtues of Fasting 14
The Benefits of Fasting 17
Etiquette and Sunan of Fasting 18
What should be done in this Great Month 23
Some Rulings concerning Fasting 24
How is the Onset of Ramadan Determined? 25
Who is Obliged to Fast? 26
Travelers 28
The Sick 32
The Elderly 36
Niyyah (intention) in Fasting 37
When to Start and Stop Fasting 40
Things that Break the Fast 42
Rulings on Fasting for Women 52

* Selected Verdicts regarding the Taraaweeh 73

– The Number of Rak‘ahs in Taraaweeh 73
– Completing with the Imaam 77
– Reciting the Entire Qur`aan in Taraaweeh 78
– The Imaam Holding a Mushaf 79
– One of the Followers Holding a Mushaf 79
– Supplication after the Completion of the Qur`aan 80
– Qunoot in the Witr and Fajr Prayers 82
– Raising the Hands in the Qunoot 83
– Joining the Taraaweeh with the Niyyah of ‘Ishaa 84
– Reading Qur`aan or Praying Nawaafil? 85
– Adding Another Rak‘ah to the Imaam’s Witr 86

Why does Man need to Pray?. After a long and hectic day at work, how difficult it is for a tired person to stand on the prayer-mat and concentrate on his prayers to Allah Almighty. Snuggled in a warm and cozy bed, how difficult it is to get up at the call of Mu’adhdhin: “Come to prayer, come to success.” The famous doctor and philosopher Ibn Sina (Avicenna), recalls such a moment in his life. Once cold and icy night, he and his slave were resting in an inn in a remote part of Khurasan. During the night he felt thirsty and shouted out to his slave to get him some water. The salve had no desire to leave his warm bed, so he pretended not to hear Avicenna’s call. But finally after repeated calls he reluctantly got up and went to fetch the water. A little while later, the melodious sound of the Adhan filled the air. Avicenna began to think about the person calling the believers to prayer. My slave Abdullah, he mused, has always respected and admired me. He seizes any opportunity to lavish praise and affection on me but tonight, he preferred his own comfort to my needs. On the other hand, look at this Persian slave of Allah. He left his warm bed to go out in the chilly night, he made ablution in the icy water of the stream, and then he ascended the high minaret of the mosque to glorify He Whom he truly serves.

Tonight, Avicenna records, I learned the essence of true love; that love which results in complete obedience. The love of Allah demands total and unconditional obedience.

“Say (O Muhammad (pbuh) to mankind): ‘If you (really) love Allah then follow me (i.e. accept Islamic monotheism, follow the Quran and the Sunnah), Allah will love you and forgive you your sins.’ And Allah is Oft-Forgiving, Most Merciful.” (The Noble Qur’an 3:31) END_OF_DOCUMENT_TOKEN_TO_BE_REPLACED

The Author has extensively relied on Classical Scholars such as Al-Layth, Al-Azhari, Ibn Mandhur, Ibn Faris, Fakhr Ar-Razi, Ibn Qudama Al-Maqdisi,, Ibn Al-Qayyim and Many Others for his references

We often hear about cases of lunacy, constant headaches and stomach aches, insomnia, lethargy, hearing voices, sexual inability, sterility, frigidity, shattered marriages, woman’s continuous bleeding; and we often tend to have the undemanding answer that ‘it is Allah (SWT), or, as the ignorant would put it, ‘it is nature.’ Certainly, it is undisputable that anything in the Heavens and the Earth is managed by Allah , but we should not discard that Allah (SWT) has also commanded us to consider the causes of events. It is high time that we stopped and considered for a moment that, besides normal causes, there is the evil force of Sihr, the Arabic equivalent to sorcery. The sorcerer and Satan work in partnership to provide an ‘intent-to-harm service’ to their client, in return for a mere pittance which they receive from those with weak personalities and from the wicked, who hold grudges against their Muslim brothers and sisters and who love to see them suffer under the effects of sorcery. 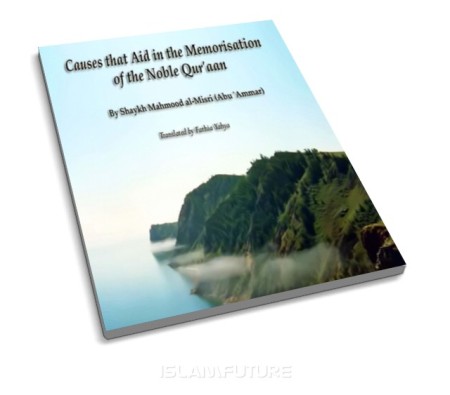 Indeed, the Noble Qur’aan is the Book of Allaah which is the Seal of all the Scriptures… it is the course for a complete life that ensures prosperity and happiness for the servant in this life and in the Hereafter. It is the inimitable Word of Allaah that is not approached by falsehood neither from before it nor from behind it.

Before the advent of the Prophet (sallallaahu `alayhi wa sallam), Mankind was in the darkness of shirk and kufraan (disbelief) until the Messenger (sallallaahu `alayhi wa sallam) came with the Book of Allaah ‘azza wa jall, to take this entire universe out from this darkness into the lights of Tawheed and Imaan – and for this reason, Allaah subhaanahu wa ta’aala has said about this great Book,

“…(This is) a Book which We have revealed unto you in order that you might lead mankind out of darkness into light by their Lord’s Leave to the Path of the All-Mighty, the Owner of all Praise.” [Ibrahim: 1]

So this Ummah (Nation) turned around with this Book and turned away from shirk and jahiliyyah (ignorance) towards guidance and tawheed, away from the worship of creation to the worship of the Lord of creation and went from being an Ummah that lived along the margins of life to one that took leadership over Mankind and steered it towards the success of both worlds.

The Noble Qur’aan came to train up an Ummah, to produce a society and to build a wellfunctioning system… this training requires a portion of time and it needs to have an effect. It needs to act upon a Word and it needs to have a movement that expresses these actions and effects into a visible reality for the people.

Contemplate over the saying of ‘Aisha (radi’Allaahu ‘anhaa) when she was asked about the Prophet (sallallaahu `alayhi wa sallam), she said – as is narrated in Sahih Muslim – “His character was the Qur’aan.” 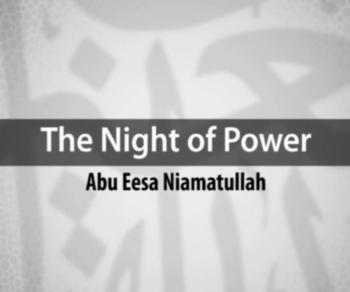 Abu Eesa completed his higher education in London. He read Pharmacy at the University of Manchester and is a Member of the RPSGB. He works part-time as a Pharmacy Manager.

He studied Anthropology at Manchester. Later he studied Arabic, Islamic Law and the Koran in Mauritania, Medina, Morocco, Egypt and Pakistan. His main teacher remains Sheikh Kehlan al-Jubury with whom he still continues his studies in Islamic Law and Exegesis. He has also studied Hadith under the Hadith Expert Abdullah al-Judai.

Abu Eesa is a teacher and an international lecturer. He founded “Prophetic Guidance” following on from his teacher’s magazine of the same name, an organization claiming to be “a non-profit educational institute” that aims to “unify the various Muslim communities by disseminating classical non-sectarian Islamic knowledge, utilising the media in its various present forms”. END_OF_DOCUMENT_TOKEN_TO_BE_REPLACED 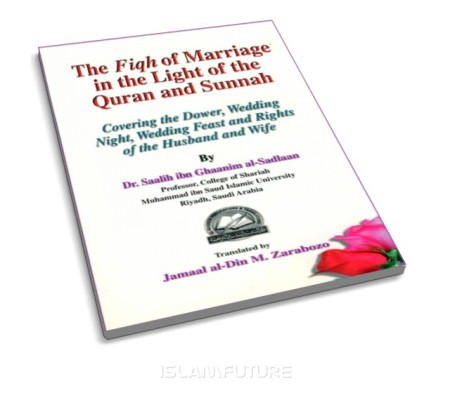 Fiqh of Marriage in the Light of the Qur’an and Sunnah. Covering the Dower, Wedding Night, Wedding Feast and Rights of the Husband and Wife. In this book, the world renowned scholar of comparative fiqh, Dr. al-Sadlaan of Muhammad Ibn Saud University covers the most important topics realated to the fiqh of Marriage. He discusses the topics found in traditional books of Fiqh, such as the place of the dower, the minimum and maximum amount of the dower, and when the woman is entitled to all, half or none of her dower. The book also discusses the rights of the husband and wife in Islam as well as sexual etiquette in Islam. END_OF_DOCUMENT_TOKEN_TO_BE_REPLACED

Common mistakes which some pilgrims make such as their wrong concepts in ‘Aqeedah (Islamic Belief) relating Hajj. In addition to their mistakes in Hajj rites as Tawaaf, Sa’i, Shaving or Trimming, ‘Arafah, Spending Night in Mina and Muzdalifah, and Stoning the Jamaraat. Finally, it talks about their mistakes in visiting the Prophet’s Masjid in Madinah. END_OF_DOCUMENT_TOKEN_TO_BE_REPLACED 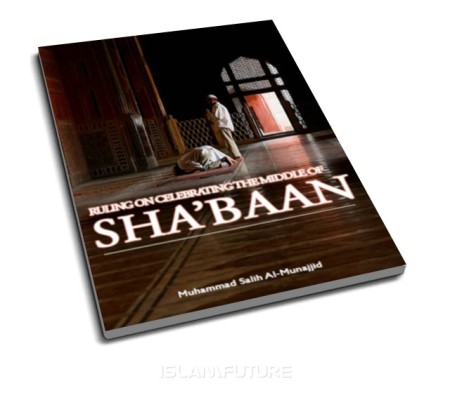 There are some hadiths that speak about the Middle of Sha`ban and its night. However, the scholars of hadith say that most of the hadiths concerning this night are not authentic. They are weak (da`if) according to the criteria of the narrators and scholars of hadith. In this book Sheikh Muhammed Salih Al-Munajjid takes us through these hadith giving rulings on their authenticity. END_OF_DOCUMENT_TOKEN_TO_BE_REPLACED